Vincent Corso will always remember his 5K debut. It was a summer night in Westfield, New Jersey. His goal was simple: Run the whole way. After training for months, running, walking, and losing more than 100 pounds, he knew he was physically prepared for the race, but he was filled with anxiety and self-doubt, thinking he didn’t belong among the svelte “real” runners. When he did finish, in 34 minutes, he was hooked. “It just felt right,” Corso says. “I had played football and lacrosse growing up, team sports. Running was the first thing I did on my own. It was me.”

Now a Road Runners Club of America-certified coach who guides two charity teams, Corso helps beginners achieve what’s often their first big goal–running a 5K. “For newbies and anyone short on time but wanting to get fit and experience a sense of accomplishment, 5Ks are perfect,” says Susan Paul, an exercise physiologist and coach of Track Shack Fitness Club in Orlando. “There’s plenty of time to train, work, take care of family, and race. You can run a 5K in the morning and still get the kids off to their activities after the event.”

Roughly 17,000 5Ks were held across the country in 2016, according to Running USA. Among nearly 8.2 million finishers, thousands walked part or all of the distance, and there’s nothing wrong with that. But when you feel ready to commit to running the whole way, Corso says, a few simple training techniques will get you there. “I tell my athletes who are running a 5K for the first time, when you cross the finish line, put your hands up and smile, because you did something amazing,” he says. These three steps will get you up and running, too–from start to finish.

STEP 1: Sign Up to Race–Today!
Nothing gets you cracking on a goal like making it official. Sign up for a 5K race, then tell everyone you know that you’re going to run. Now you have a deadline, and the motivation to train in order to follow through on your goal. “A race keeps runners accountable,” says Paul. “You’re training, not just running for fitness, and you have a plan, a starting point and an end point.” Once you commit to a race and running it continuously, you’ll reap more than renewed motivation. WEIGHT LOSS
Walk a mile, and you burn about 70 calories. Run a mile, and you’ll torch roughly 100. While the exact number varies depending on your weight and pace, if one of your goals is to shed pounds, you’ll do it faster by running.

A NEW IMAGE
“When we sign up for a race, we become athletes,” says Patti Finke, a coach in Portland, Oregon. “We take better care of ourselves. We train properly, eat in a healthy manner, and get enough sleep.” And when you accomplish something you never thought possible–like running an entire 5K–it buoys your self-esteem. “So many novice runners are so insecure and feel like they ‘don’t belong out there,'” says Paul. “But running a 5K means you committed to training and had the guts to follow through with it–that’s huge.

Brunch It Out:
After it’s over, you’ll be able to break down the race from your new perspective–that of a real runner. You’ll head to breakfast with your running buddies, and recap the highlights: “I went out too fast, but I calmed down at the first turn.” “That hill at mile two was a killer.” “I passed that guy in a tutu.” “So, when’s the next race?”

STEP 2: Get Ready To Run
With a little planning and preparation, you can run–comfortably–every step of the way of a 5K. The slow buildup and easy pacing of this five-week plan will allow your body to adapt to running 3.1 miles continuously, and the three-mile dress rehearsal runs will give you the confidence that you can go the distance on race day, says Paul. (If you haven’t been exercising at all, first spend several weeks running and walking until you can run for 10 minutes.) As you follow this schedule, avoid running on consecutive days and keep the pace easy enough to talk. Twice a week, cross-train by swimming, cycling, walking briskly, or taking a fitness class.

Mix these workouts in:

STRETCH IT OUT
Long, slow runs aren’t just for half-marathons and marathons, said Jon Sinclair, a coach in Fort Collins, Colorado. They train your body to become more efficient at moving oxygen to your muscles, so you’re able to hold a faster race pace–at any distance. Add five to 10 minutes per week to your longest run until you reach at least five miles. If you can, continue to add time every week.

GO UP
Hill work develops strength. “Running uphill makes you a faster runner on the flats,” Sinclair says. “Hills build strength, and make the flats feel easy!” Find an incline that takes one to two minutes to ascend. Run up it at a comfortably hard pace. Jog back down. Do three repeats. Add one repeat each week until you’re up to eight.

RUN FAST
Fartleks get your legs and lungs accustomed to the hard pace of a fast 5K. Warm up, then run a mile at your regular pace. Pick up the pace so you’re running hard (but not all-out) for two minutes, then jog for two minutes. Repeat four times. Gradually shorten the recovery interval to one minute or increase the hard effort to three minutes.

Step 3. Race Day: Now What?
You’ve done every workout, cross-trained, and rested well. You’ve run three miles–twice–and you’re confident that running 3.1 continuously is going to be cake. But unforeseen scenarios on race day can derail your ambitions. The trick is knowing which situations you can run through, and which require a change in plans. Depending on the problem, putting your just-run goal on hold isn’t giving up; it’s a smart move that ensures you’ll be in good shape to try again next weekend.

THE SITUATION: Side Stitch
THE CALL: Slow down and change your breathing pattern. Take quick, shallow breaths for a minute or two, then switch to taking deep breaths for a minute. Keep running slowly for another quarter- to half-mile. If the pain doesn’t subside by then, stop and stretch on the side of the road, bending to the opposite side of the stitch, Corso says.

THE SITUATION: Blister
THE CALL: You can tough it out through 3.1 miles, Corso says. Steer clear of this situation entirely by testing your sock/ shoe combo during your training runs.

THE SITUATION: Stomach distress
THE CALL: Assess the issue: Is it anxiety? Give yourself a pep talk and push along. Serious tummy trouble? Time to walk.

Place the ad code on articles you want ads to appear, in between the HTML of your content
It can take 20-30 minutes for the ad to appear on the page. At first, the ad might show as a normal text & display ads, but it will soon be replaced by a native ad.
See the code implementation guide for more details.

THE SITUATION: Thirst
THE CALL: At the next water stop, grab a cup, keep to the side of the road, and walk for a few steps while you’re drinking. It still counts as running the whole way.

THE SITUATION: Gasping for air
THE CALL: Cut your pace way back to an easy jog until you catch your breath. To avoid this situation, make sure you pace yourself properly. Start the race by jogging at a very easy pace. “Run the first mile no faster than you usually run,” Finke says. “If that feels okay, run the second mile a little faster, 10 to 15 seconds at most. If that feels good, run the third a tad faster.”

THE SITUATION: Heat
THE CALL: Run slower than usual–especially in the beginning so you don’t get overheated early on. If you had a time goal in mind, let it go. Drink plenty of fluids, and take the pressure off yourself. “The weather is out of your control, but it’s the same weather for everyone entered in the race,” Finke says.

THE SITUATION: Rain
THE CALL: Run through it. Rain alone doesn’t usually make the road slippery. But getting tangled up with other runners can cause a fall. “Don’t start at the front of the pack,” Finke says. “You’ll get mowed down.” Line up in the back. 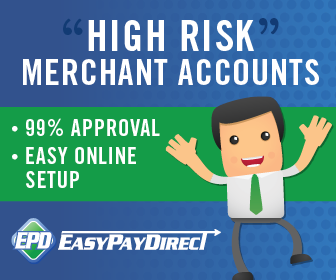 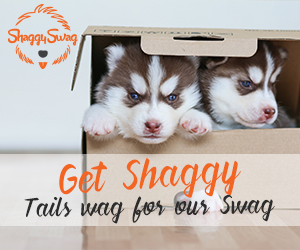